Bring your poem, song or prose to read or perform!

Please join us for our next monthly meeting on Monday 11th July at 7pm.

Our guest speaker will be Tom Cuthbert of CND National Council, who will be speaking on the return of nuclear weapons to the RAF base at Lakenheath, and the next demo planned there, on Saturday 17th September.  The return of US nuclear weapons to Britain – along with the upgrading of its nuclear weapons across Europe – constitutes a further undermining of prospects for global peace. The US is the only country to locate its nuclear weapons outside its own borders and this major increase in NATO’s capacity to wage nuclear war in Europe is dangerously destabilising.

At this month’s meeting, we shall also be finalising details of our Hiroshima Day events:

Our September meeting, on Monday 12th September, will be our Annual General Meeting.

Nurses not Nukes: Mark the International Day for the Total Elimination of Nuclear Weapons

The Nuke Free Europe network is coordinating a month of action this September to highlight the presence of nuclear weapons stationed across the continent. In the UK CND supporters will be taking action at nuclear sites across the country on September 26th.

As part of the Nurses not Nukes campaign it’s an opportunity to highlight the government’s warped priorities – increasing its number of nuclear warheads during a pandemic while refusing to pay nurses and other care workers properly.

The nearest action for us will be in Derby, at the Rolls Royce plant.  We hope that as many of you as possible will be able to get to Derby and support this action.

Poems and songs from our Nagasaki event

We wanted to write a post about the Nagasaki memorial evening that was held online on August 9th, to highlight some of the performances, poems and resources that were shared. We were pleased that the virtual event worked so well and were very grateful to everyone who contributed.

The commemorations opened with a short video from the International Campaign to Abolish Nuclear Weapons (ICAN), which concisely detailed the devasating consequences of the bombings of Hiroshima and Nagasaki.

After the video, Kate Hudson spoke movingly about the attacks on Hiroshima and Nagasaki, as well as outlining some of the current work of national CND. One campaign that she urged us to get involved with is signing CND’s letter to the United Nations to report the UK government for breaching its obligations under the nuclear Non-Proliferation Treaty (NPT). When the UK signed and ratified the treaty we committed to “pursue negotiations in good faith on effective measures relating to cessation of the nuclear arms race at an early date and to nuclear disarmament”. However we are doing the opposite and replacing and upgrading our nuclear weapons – increasing our warheads by over 40%. A legal opinion commissioned by CND states that the UK govenment are in clear breach of the NPT and have broken international law. Please sign the letter to ask NPT states to call on the UK and other states in breach of their commitments to halt all policies and activities that breach and undermine the treaty.

Next we had a song from Staffordshire singer and songwriter, Rick Ford, who introduced the two videos that he shared. The first song was called ‘The Tree’ and is featured below. The song was inspired by a large tree that Rick passes most days near where he lives. In the lyrics he reflects on all the life and lives that it has seen and wonders whether the tree will still be standing in the valley when the last human dies. You can find more of Rick’s work on his Youtube channel.

Stoke-on-Trent poet Jason Smith performed three of his poems live, including the powerful ‘What is Peace’. We did not record the Nagasaki event, so the video below is from his Youtube channel. There were many poignant images in the poem but, after thinking about the Non-Proliferation Treaty, this part really stood out: “What is peace? When a refugee no longer flees home and treaty’s success preventing nuclear tech spreading over war zones.” Lets hope these words prophesy the success of the NPT campaign and the cessation of nuclear weapons.

As the theme for the evening was peace and love Jason also read a tender poem called ‘Your Face‘. We had a live song from Rob Harper from the Birmingham Clarion Singers; a reading of Vernon Scannell’s ‘The Power of Love’ by local poet and SCANSCND member Paul Williamson; Angela Glendenning from ASHA (speaking in a personal capacity) made a contribution and read ‘Lament for Syria‘ by a young Syrian woman named Amineh Abou Kerech; Joan Walley (former MP for Stoke-on-Trent North) spoke on the important work of CND; and candles were lit to remember all those who died at Nagasaki and Hiroshima and we held a minute silence. SCANS secretary Jason Hill closed the evening by thanking all those who had made the event such an inspiring one.

Thank you again to everyone who came together to commemorate Nagasaki and wish for a world free of nuclear weapons.

To mark the 76th anniversary of the atomic bombing of Hiroshima and Nagasaki, we at SCANS CND are delighted to host an evening of MUSIC, POEMS & PROSE FOR PEACE.

Please bring poems, songs or prose to read or perform!

The event, which takes place tomorrow from 7pm, will be held online via zoom.

Or using the following details –

We’ve had a busy fortnight with three stalls at local events – Newcastle Vegan Fair, Stoke Pride and the Better World Festival. Many thanks to the organisers for inviting us. We chatted to some lovely people and collected a lot of signatures on our petitions and many people signed up to our email list. We are really looking to tomorrow’s Nagasaki Memorial evening (see next blog post for details).

Join us for what looks set to be a thought provoking discussion on two of the biggest threats we as a planet face today.
We have two excellent speakers. Tom Unterrainer (CND Vice Chair) will lead off on escalating tensions and the threat of nuclear war & Davinder Williams (Extinction Rebellion Stoke) will talk about the climate emergency, followed by time for questions and discussion.

Bring your poem, song or prose (for peace and love) to read or perform!

Please use this link for a printable leaflet: Hiroshima v3 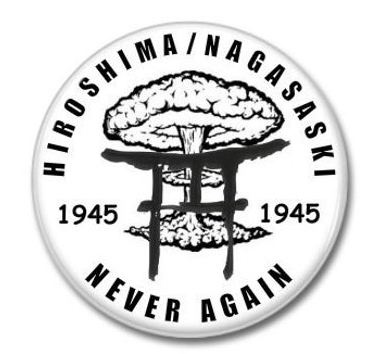 It has been a whole year since we lasted blogged! Whilst we are not good at blogging regularly, we do meet regularly. Please come along to our Annual General Meeting on Monday 17th September at the Quaker Meeting House, 2 Miller Street, Newcastle-under-Lyme, ST5 1QJ. The meeting will start at 7pm.

We are delighted that our speaker for the AGM is Dave Webb, national Chair of CND and Chair of Yorkshire CND. He is also the convener of the Global Network Against Weapons and Nuclear Power in Space, a member of Scientists for Global Responsibility and formerly a Professor of Engineering at Leeds Metropolitan University.

Please read our latest Banner newsletter and if you’d like to contribute to the next edition, just email scanscnd@ymail.com